"I am shocked to hear of the passing of Mr. Olympia @flexatronrhoden It's very sad to hear of his passing. He had always been a gentleman towards me. Shawn had one of the most aesthetic physiques in bodybuilding. My condolences to his family. #rip #ripbrother," tweeted Gaspari.
Rhoden was one of the most known names in the bodybuilding world. He had won the Olympia in 2018 -- the Super Bowl of bodybuilding competitions -- defeating 7x Olympia champ, Phil Heath.
He had achieved the feat when he was 43 years old, making him the oldest ever to win the title. (tennis jacket skirt) 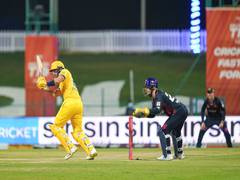